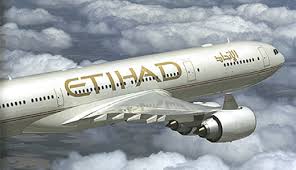 Our Etihad flight from Sydney to Abu Dhabi was absolutely full with large groups of Muslims heading to Mecca for the Hajj: the pilgrimage 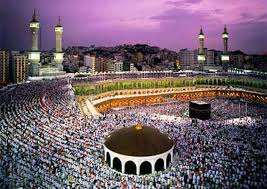 which makes up one of the pillars of Islam.

Huge family groups were at the airport to farewell those who were to be making the pilgrimage and the excitement was palpable.

Thirteen and a half hours later and we arrive at Abu Dhabi where, even at 6am, the temperature had already topped 30 degrees C.

With a number of hours to kill we retreat to one of the lounges where casual visitors can pay a fee to access for a number of hours and have access to the bar, buffet and bathrooms as well as lounges, power and, of course: wifi!

Tripit just sent a notification to say that our next leg is delayed so we’ll be later than planned into Heathrow.